I won’t write about it.

The most picturesque place I have ever been to,

But I won’t share all the clicks (except the one where I contemplated I won’t).

Because If I do, you would love to go there too.

And so will your friends, it’s a loop.

And I don’t want it. As some of those friends don’t deserve such a beautiful place.

Some places deserve to be saved, from the idiosyncrasies of human race.

Not everyone is the same, but you know they exist among us. 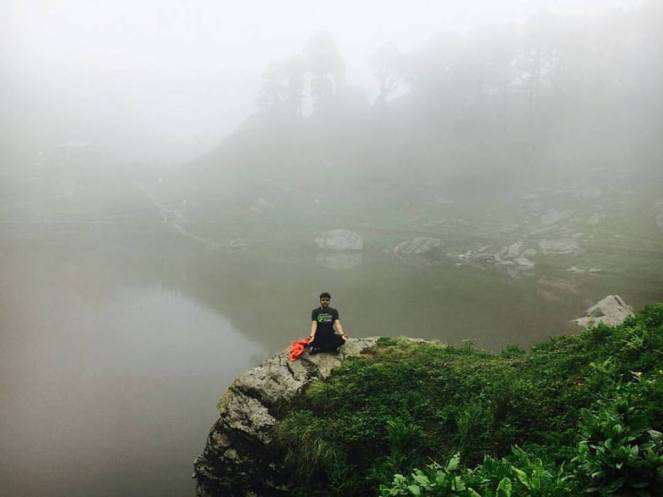 I met a beautiful place on my last trip, but I won’t write a travelogue about it. I want to, but something urges me not to. Yes, something happened.

While trekking, I saw some huge boulders on one side. They were so placed that some space was created at their junction.

And, some members of our species considered it to be a natural dumpster for their mineral water-bottles and wrappers.

It hurts. Nature offers us such a heaven on earth and how we reciprocate.

But ain’t it common nowadays? It’s not the first time you’re witnessing such things, is it? You may ask.

Yes. No. I know I have seen it before. Let it be on the banks of River Ganga near the rafting camps; or, any famous tourist spot or treks. But this time it agitated me to the core. I did pick up the first wrapper I saw, but then I felt helpless to see that their were many.

My trip in short – When I was there, I was there. Network issues were a blessing in disguise. People were genuine unlike the ones in cities. Trek was smooth, even for a novice like me and this point (the one in the pic) made this trip unforgettable. On one of the nights, there was a power cut for 20 seconds. Those were the best 20 seconds, as we discovered the blanket of stars covering us which we always miss at our homes due to pollution. It’s not a famous/commercial tourist spot yet (we stayed at a Home-Stay), and I wish it stays the same for as long as possible.

P.s: Frankly, it doesn’t matter much if I share the pics or not. The place would eventually get explored and then we, the careless species we are, will do what we do. I could have written a normal travelogue, but I thought, maybe, this way, it will ask everybody, are you the guy in the yellow t-shirt?

View all posts by ataraxissoul

What do you want to read about?

Translate to your Language